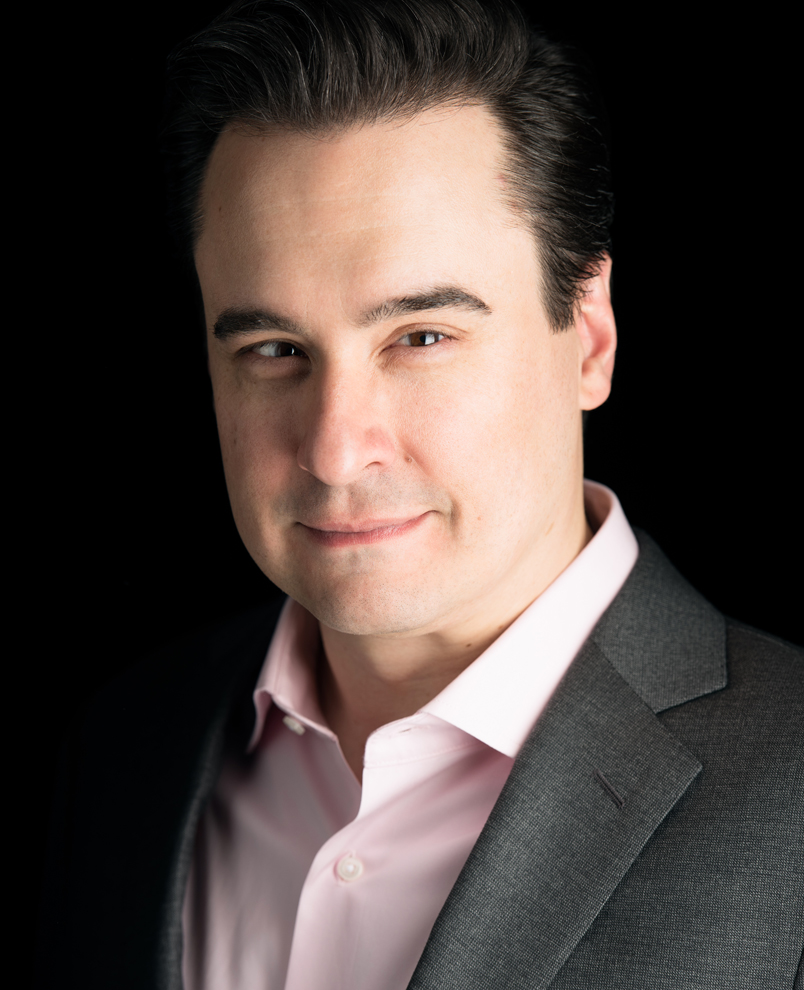 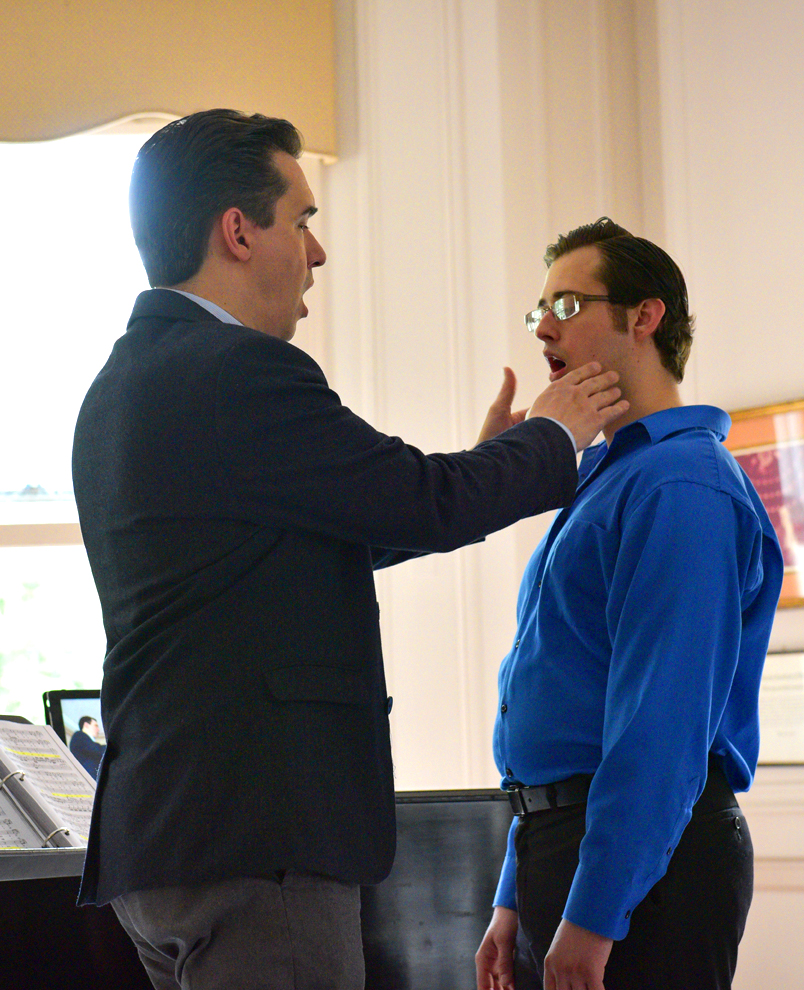 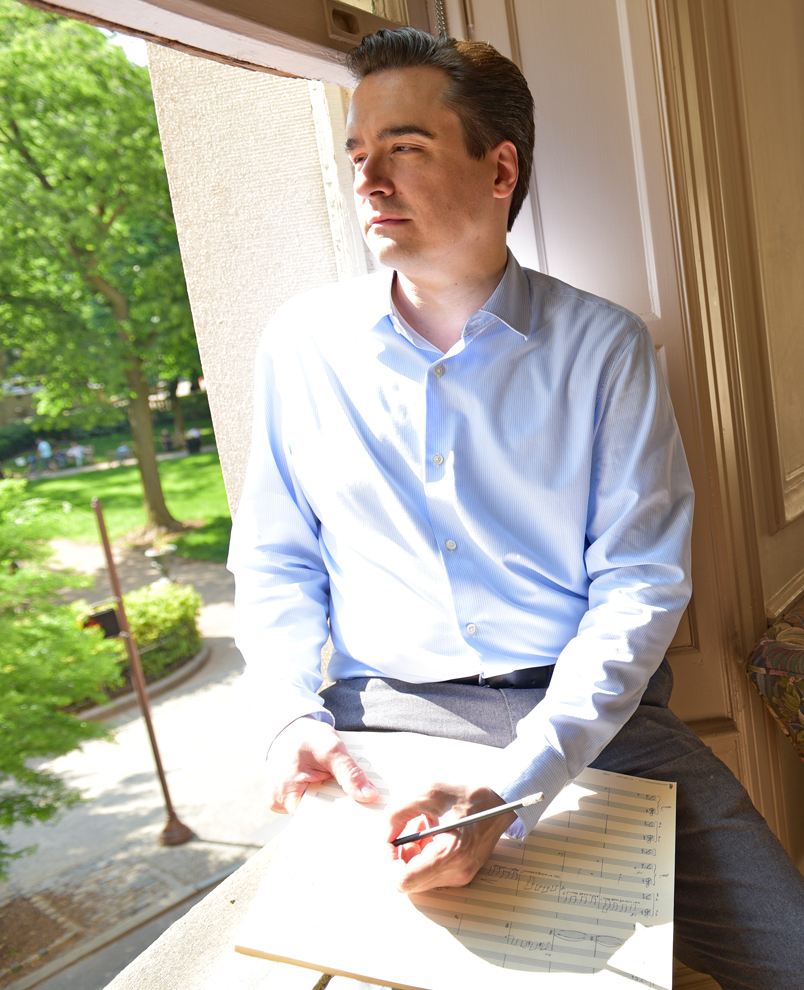 Baritone MARCUS DELOACH has been hailed by Anthony Tommasini of The New York Times as "a fine baritone who puts words across with clarity and naturalness." A leading performer of contemporary vocal music today, he has established himself in the areas of opera, concert, and cross-over.

Following his Opera Philadelphia debut as Bill Owens in the East Coast premiere of Jennifer Higdon’s Cold Mountain in 2016, DeLoach received critical acclaim for his creation of the roles of Senator Joseph McCarthy in Gregory Spears’ Fellow Travelers at Cincinnati Opera and the Minister in Missy Mazzoli’s Breaking the Waves at Opera Philadelphia. He reprised both roles for their New York premieres at the PROTOTYPE Festival in 2017 and 2018, and went on to make his Lyric Opera of Chicago debut in Fellow Travelers in the spring of 2018.

In 1997, DeLoach was unanimously voted the first-place winner of London's inaugural Wigmore Hall International Song Competition. Of his singing, Hilary Finch of The London Times wrote, "A well- groomed voice, a flair for programme shaping, a fervent desire to communicate, and, above all, that elusive fusion of instinct and understanding which sparks a quality of imagination transcending mere accomplishment." He has also appeared regularly in recital with The Chamber Music Society of Lincoln Center and The Marilyn Horne Foundation.

With a deep commitment to the creation and promotion of modern opera DeLoach has created principal roles in the world premieres of Spears' Fellow Travelers, Mazzoli's Breaking the Waves, Wiesman's / Hoiby's Darkling, Beeferman's The Rat Land, Drattell's Lilith and Marina: A Captive Spirit, and Schoenfield's The Merchant and the Pauper. DeLoach has also recorded several CDs of modern operatic works including Spears' Fellow Travelers, Scott Wheeler’s The Construction of Boston, and “Scenes from Jewish Operas 2” with Gerard Schwartz and the Seattle Symphony.

In 2004, he joined the acclaimed rock group Trans-Siberian Orchestra for their rock opera Christmas Eve and Other Stories in a national tour, which included Madison Square Garden and the Fleet Center, performing for an estimated audience of a quarter million.

DeLoach holds both Bachelor and Master of Music degrees in Voice Performance from The Juilliard School and a Doctorate of Musical Arts from Rice University's Shepherd School of Music. He has also attended The Britten-Pears School, New England Conservatory, and The Music Academy of the West. The Opera Index, Albanese- Puccini, Rosa Ponselle, Liederkranz, and George London Foundations, the Young Concert Artists International, The National Foundation for Advancement in the Arts, Metropolitan Opera National Council, and The Gaddes Fund have all honored him for his outstanding achievements and artistry. 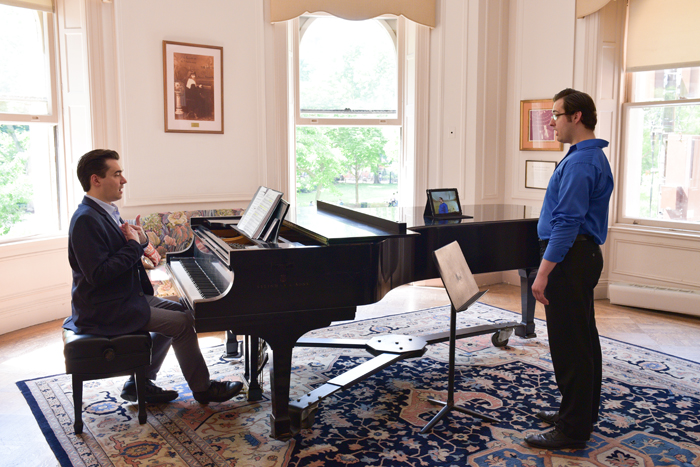 An active performer of opera and concert works, MARCUS DELOACH serves as Assistant Professor of Voice and Opera at Temple University’s Boyer College of Music and Dance. His students have been seen and heard frequently in competitive young artist apprentice programs, both national and international, and have found employment in opera companies and Broadway touring productions across the United States. They have also been honored by prestigious national vocal competitions and been awarded vocal scholarships at top music schools across the country.

As a teacher and clinician, he has presented voice science classes at Rice University and Wolf Trap Opera and given master classes at universities and organizations across the country including Ithaca College, University of Colorado Boulder, Simpson College, and many others. DeLoach regularly serves as an adjudicator for groups including the National Association of Teachers of Singing (NATS), Classical Singer, and the Seagle Music Colony Emerging Artist program, among others. From 2015-2018, he was president of the NATS: Greater Philadelphia Chapter and was recognized by the national organization with an Emerging Leader Award in 2017. His musical scholarship concentrates on the early vocal works of Ralph Vaughan Williams and his premiere edition of the composer’s Two Vocal Duets is published by Stainer & Bell.

DeLoach has trained in voice with Dr. Stephen King, Edward Zambara, Fred Carama, and Ruth Falcon; in acting with Frank Corsaro, Ted Altschuler, and Elizabeth Browning; and has coached with Graham Johnson, Warren Jones, and Marilyn Horne. He holds a B.M. and M.M. in Voice Performance from The Juilliard School and a D.M.A from Rice University’s Shepherd School of Music. Additionally, he has studied at Music Academy of the West, San Francisco Opera’s Merola Program, New England Conservatory, and the Britten-Pears School in England.

With a deep commitment to the creation and promotion of contemporary vocal music, DeLoach has premiered numerous modern operas and recorded for Naxos and other labels. His own children’s opera Mooch the Messy (based on the book by Marjorie Weinman Sharmat) has had four productions since its inception in 2010, including performances by Boston Conservatory and Tulsa Opera’s outreach programs. 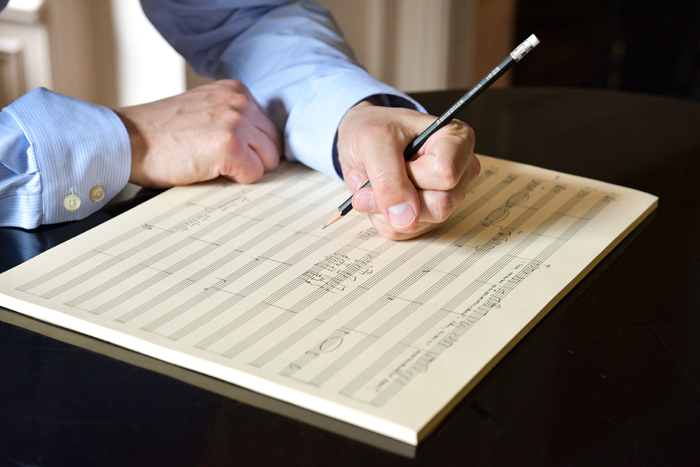 MARCUS DELOACH’s multi-faceted international career as a soloist in opera, musical theater, and popular music inspires a dramatically expressive compositional style that finds its roots in a fusion of the classical tradition and contemporary musical theater vocal idioms.

His first opera, Mooch the Messy, based on the book by acclaimed children’s author Marjorie Weinman Sharmat, was premiered at the Greenwood Music Festival, SC in 2010, with Metropolitan Opera tenor Keith Jameson in the title role. The opera has been subsequently produced by the Boston Conservatory and Tulsa Opera “Opera on Tour” outreach program, where it has played to over 30,000 school children.

In 2016, DeLoach was commissioned by Music Director Elizabeth Braden to write “Look Up Into the Heavens”, an anthem for choir and organ, for the Chancel Choir of Wallingford Presbyterian Church of Wallingford, PA. The group subsequently commissioned him to write another anthem “The Lord is My Shepherd” in 2019. His first sacred choral work, an a cappella anthem “The Prayer of St. Francis”, was commissioned in 2013 by the Director of Music Ministries Steve Newberry for the St. John’s Chorale of The Church of St. John the Divine, Houston, TX.

In 2016, DeLoach completed a new song cycle Four Robinson Songs for baritone and piano and based on the poetry of Weldon Kees. His other classical songs include settings of the poetry of Derek Walcott, E. E. Cummings, Robert Bly, and James de Priest’s “This Precipice Garden”.

Other operatic projects have included authoring the libretto for Jeff Grace’s one-act opera The Train Ride for American Opera Projects and serving as stage director for the world premiere of Mark Volker’s opera The Legend of Sleepy Hollow for the Young Opera Company of New England.

DeLoach holds a B.M. and M.M. in Voice Performance from The Juilliard School and a D.M.A. from Rice University’s Shepherd School of Music where he studied composition with Dr. Karim Al-Zand. Current compositional projects include an original opera project, a song cycle based on the poetry of Robert Bly, and a set of three songs based on the poems of Sydney Lanier for baritone with string quartet.

The Lord Is My Shepherd

August 25, 2018
Reprising their roles as Sam and Dinah, Marcus and Heather Johnson will perform in a newly staged concert version of the opera as part of the festival’s Bernstein celebration.
+Tickets & Info

February 1 & 3, 2019
Marcus makes his company debut in the title role of Don Giovanni with the Syracuse Symphonia and Syracuse Opera Chorus under the direction of Maestro Christian Capocaccia.
+Tickets & Info

A Peak Behind the Curtain

February 18, 2019
Marcus performs a house concert with soprano Jennie Kim-Godfrey and pianist Joseph Holt including his own works and selections from James Grant’s upcoming oratorio Listen to the Earth, which Choral Artists will premiere on Earth Day 2020 to mark the 50th anniversary.
+Tickets & Info

1840: The Songs of Robert Schumann

The Lord is My Shepherd

March 24, 2019
The Lord is My Shepherd receives its world premiere performance.
+Tickets & Info

April 29, 2019
The New Music Ensemble under director Jan Krzywicki will perform the premiere of Marcus’ Variation on Deep River as part of a collaborative composition with faculty and students of Boyer College of Music.
+Tickets & Info

Wish Upon the Moon: Selections from Broadway

March 12, 2020
Marcus works with voice students on various repertoire followed by a Q & A

May 29 — August 31, 2020
Marcus’ premiere performance of The Minister in Missy Mazzoli’s acclaimed opera Breaking the Waves which concluded Opera Philadelphia's first-ever Digital Festival. The stream will premiere on Friday, May 29 at 8:00 p.m.
+Tickets & Info

Listen to the Earth

TBD
Marcus returns as soloist for the world premiere of James Grant’s new oratorio in celebration of Earth Day 2022 at the Sarasota Opera House.
+Tickets & Info

July 26, 2020
Marcus will present the ins and outs and the dos and don'ts of preparing a college classical voice audition. Students are invited to submit a video for viewing and feedback during the session. To participate visit: greaterphiladelphianats.org

February 20, 2021
Marcus and Grant Loehnig will present a masterclass and Q & A on the collaborative art and their experiences working together in concert and opera.

The Deceiver of Citizens

August 31, 2021
Marcus sings the role of a sycophant to a tyrannical leader in Michael Senturia’s satirical one act opera produced virtually and conducted by Jonathan Khuner.
+Watch Now
Schedule additions and announcements are always forthcoming. Please check back.

Subscribe to Marcus's soloist and music publishing YouTube channels, view his profile on Temple University, visit his IMDb listing, or listen to his compositions on SoundCloud via the icons below.